When I saw the trailer for the Channel 4 program called “The Town that caught Tourettes” I knew I had to watch it. For those that missed it, it can still be found on Channel4 on Demand. The documentary was a fascinating account of a group of girls age 13 – 16, all from the same school in America who displayed uncontrollable Tourettes symptoms. The small traditional town received a huge amount of press and the parents travelled far and wide to try and find answers.

After environmental factors were largely ruled out and dismissed they were left with two medical diagnosis’s. The first diagnosis was what stood out for me. Health officials told them that they had “conversion disorder”.

Explained as “Freud’s doctrine that anxiety is “converted” into physical symptoms. Though it was previously thought to have vanished from the west in the 20th century, some research has suggested it is as common as ever”

Conversion disorders are psychiatric illnesses in which a person experiences physical symptoms without a physical cause.

Half of the girls parents rejected this diagnosis of Conversion Disorder and were treated by a different Doctor with anti biotics after he diagnosed the symptoms as the result of an infection. The other half were treated for stress and emotional trauma. Both reported good improvements and many of their symptoms disappeared completely. After some investigation it was clear that the commonality was that all the girls had suffered from significant trauma before the symptoms had started. They were told that the physical condition was an outlet to express their emotions and that some had sub consciously taken on the symptoms.

One lady (the only adult to display the symptoms in the town) agreed that her suppressed emotions and trauma had reached boiling point and had literally exploded out of her head in a bout of tourettes symptoms.

I was fascinated by this situation because whilst it is extremely frustrating for the parents and girls to hear a diagnosis of “it is all in your mind“, given that the symptoms are very real, it shows how powerful our mind and emotions are. My only hope is that now that the establishment is giving out this diagnosis so freely, that they broaden the tools they use to work with these traumas. I believe they will have to learn new techniques in order to do so and hope that energy medicine will play a big part in this.

In the Self Created Health workshop we learn how the body literally mirrors our emotions. The entire premise of Self Created Health is based upon our physical selves expressing what we have not allowed ourselves to express emotionally. Once we have expressed ourselves, fully, healthily, safely and transformed the situation into a state of higher consciousness – love, then the physical condition no longer has a purpose and it disappears.

But how do we know what the trauma is? There are obvious emotionally charged events that we are clearly aware of and often this is the first place that we want to look. But here is the thing…we are looking for something that we don’t want to see! Usually the event is non obvious!

Using a specific set of questions that Richard Gordon put together, we go through the questions with the client, which can take between 15 – 30 minutes. At the end of the questions we know with clarity what the event was that caused the condition. Usually the client is stunned at the connection and it is common for them to release 20 – 30% of the symptoms in that moment of realisation!

The rest of the incredible process is then explained and these emotions are transformed and released.

I have had clients who have come to me with all manor of conditions and symptoms. Some have been seeing traditional therapists for years and not reached a conclusion about the cause of their stress or dealt with it, hence they were still seeing the therapist when they came to see me. Within a maximum of 30 minutes we are able to pin point the cause and work with it and I find that mind-blowing, literally.

Freud was well aware of the link between emotions and the physical body but this knowledge was lost over time. Now it seems that it is coming back as a popular diagnosis. This diagnosis would be received in a more welcoming way if there were natural and effective ways to deal with the said emotions.

Self Created Health has literally transformed the way I work with people. It is fast, thorough and changes the way you look at the Self forever. I see repeated examples of the mind – body connection and absolutely know that there is no separation. It truly is “the missing link” just as Richard said it is. The beauty of this material is that it is open to all. For those wanting to complete their “miracle QT tool box”, Self Created Health will do just that. For those more interested in the “mind side” of things this will change the way you work with clients, family, friends and yourself forever. Your clients will only need a couple of sessions with you and your turnaround time will be very fast. I love this level of speed and see this as a sign of very exciting times in the psychological realm and another indicator of shifts in awareness in all parts of society.

I invite you to join me on my next Self Created Health workshop. You will learn a cutting edge process that transforms the future of psychology and physical healing.

When Richard was asked if Quantum Touch works 100% of the time he replied “No, it works about 90% of the time. When it doesn’t, you have hit an emotional wall and that is where Self Created Health comes in.“ 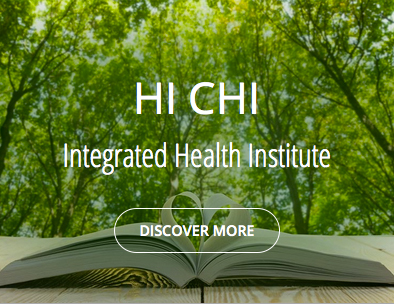 Why focus on YOU when giving Quantum-Touch?